I am SO EXCITED to share this post with you guys!
As many of you know I graduated from high school in May; as a graduation present my dad and I traveled to Europe! Before this trip I had only traveled out of the U.S. once to Mexico. I was so excited to travel to a new place and explore new things! Our first stop in Europe was London. 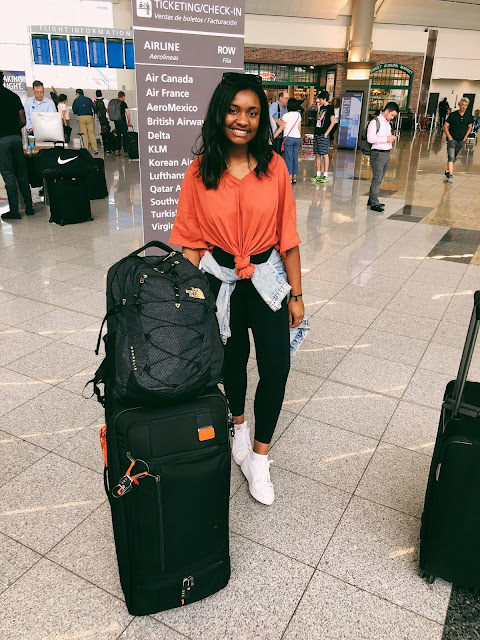 The flight from Atlanta to London was definitely a long one but everything was worth it once we got there! We actually had the opportunity to see the queen's birthday parade while in the taxi to the hotel.
One of the first things I noticed was that all of the people in London are so nice! I also noticed how clean and beautiful the city is. We stayed at a hotel in Grosvenor Square which is super close to Oxford Street, one of London's busiest shopping areas. The view from the hotel was amazing! 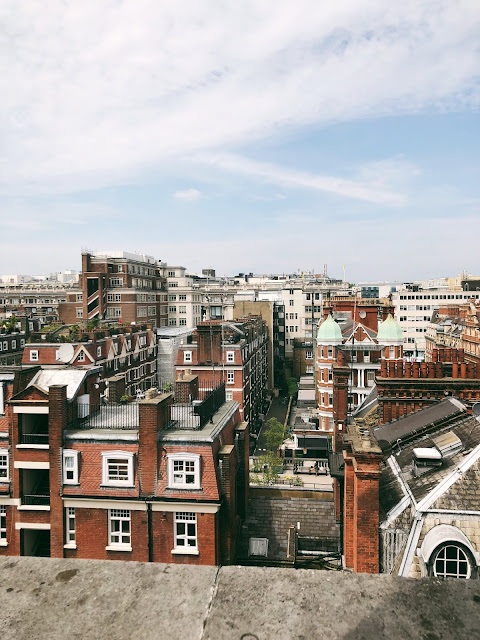 I failed to mention that we arrived in London at 7am, despite the 5 hour time difference, we decided to explore the city after quick breakfast at the hotel lounge. We walked from our hotel to Oxford Street for a little shopping. I quickly learned everything is very expensive! 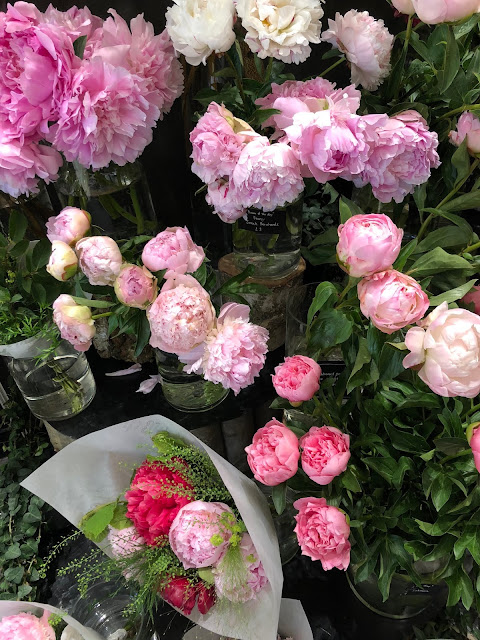 This was a flower stand full of peonies inside of Selfridge's. 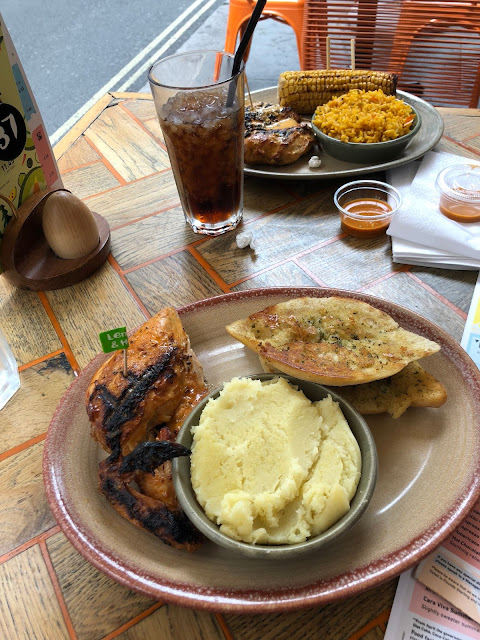 After a little shopping we went to Nando's for lunch/dinner (1D fans are shaking). I've always  heard from One Direction fans that Nando's is really good but I did not know how good. It was amazing! I got the lemon pepper chicken with mashed potatoes and garlic bread. 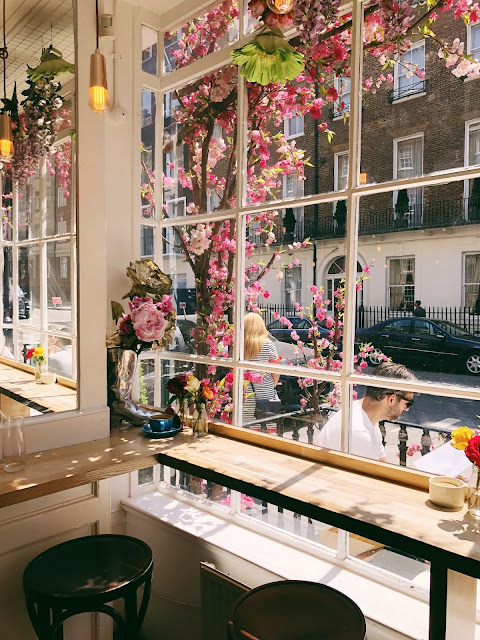 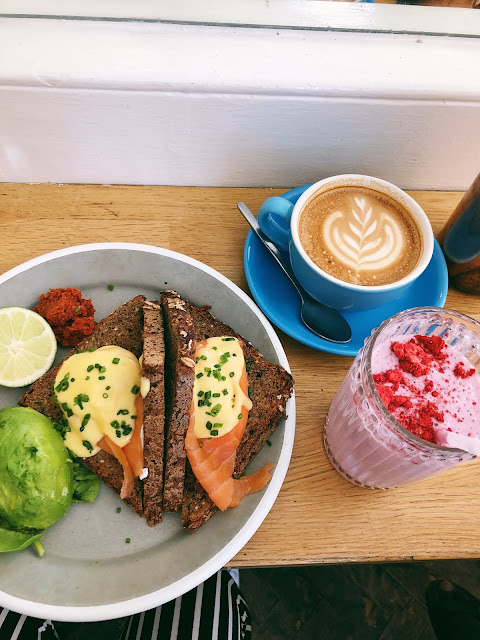 The next day was Sunday, which means Sunday brunch! We walked over to a cute little cafe called Daisy Green. It was an Australian restaurant and it was amazing! The outside of the cafe was filled with flowers and the inside was full of bright colors and happiness! 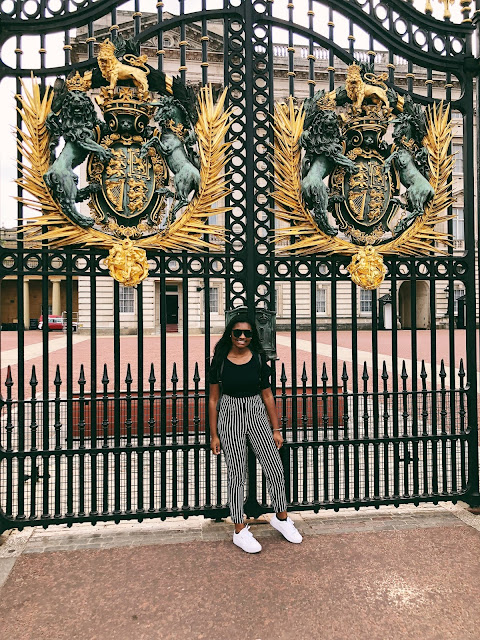 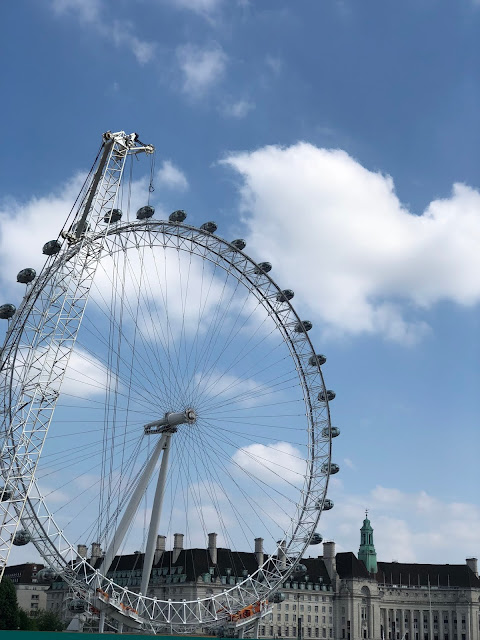 Sunday was also the first day we decided to use the Big Bus. The Big Bus is basically a hop-on hop-off tour bus that stops at all of the famous landmarks and sights around London. We hopped on the bus and went all over London! We saw St. Paul's Cathedral, Tower Bridge, London Bridge, the London Eye, Big Ben, and Buckingham Palace. I was actually surprised at the size of Buckingham Palace. I've always pictured it a little more palace-y, it's kind of just a really long house. 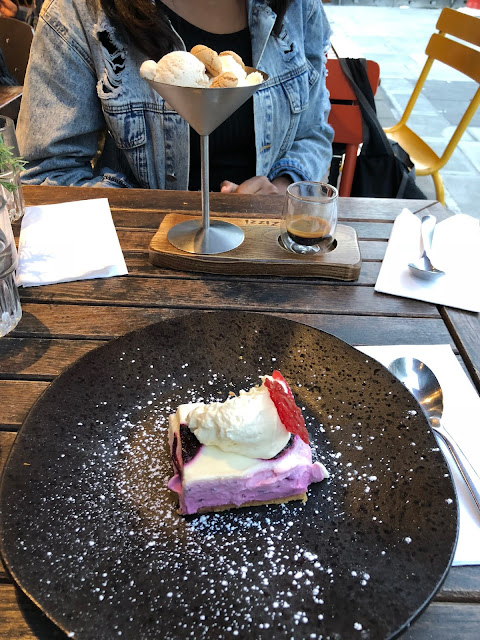 For dinner we ate a place called Zizzi. They had delicious pizza and dessert! 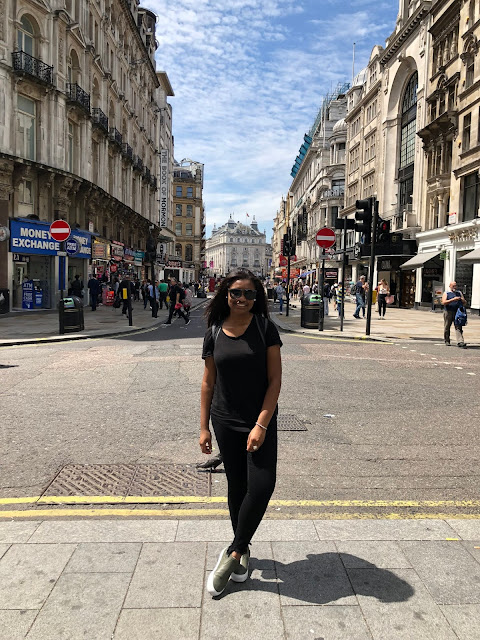 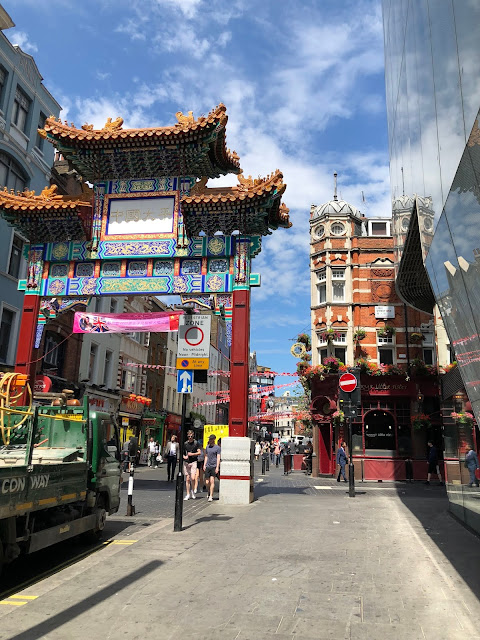 Monday morning we hopped back onto the Big Bus and went to Piccadilly Circus. A "circus" is actually just a circular shaped area of buildings. Piccadilly Circus is stunning and there are so many fun shops; there is also a Chinatown. Chinatown is full of restaurants, music, and beautiful smelling flowers. 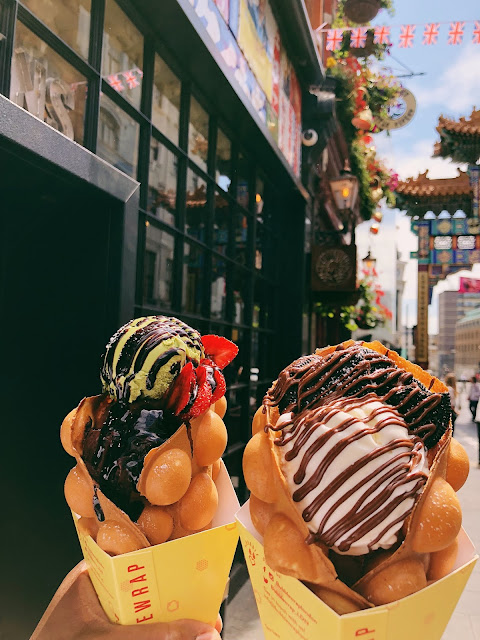 The real reason we went to Piccadilly Circus was to get Bubblewrap Waffles. Which are basically waffles that look very similar to bubble wrap and have ice cream and toppings inside. They're kind of like a more delicious waffle cone. The one on the left had matcha ice cream, chocolate and strawberries. The one on the right had vanilla ice cream, Oreos and Nutella. These were amazing and I highly recommend them to anyone who plans to visit London. 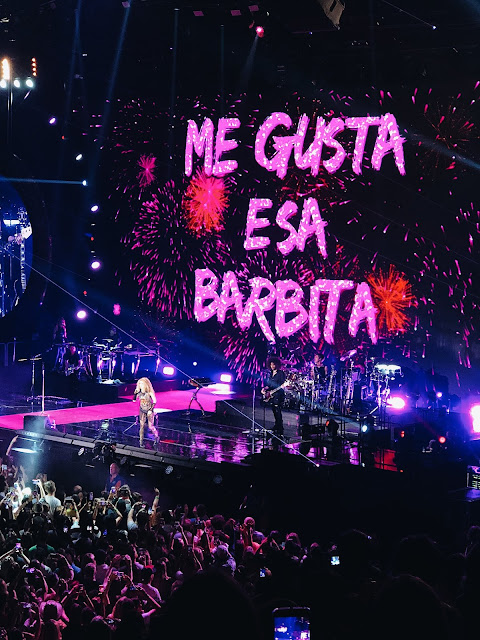 I SAW SHAKIRA! If you know me then you know Shakira is one of my favorite people. I started saving to go see her when I was 13 but, when her tour dates came out I saw she wasn't coming near me. Somehow the stars aligned and Shakira and I were in the same place at the same time. This concert meant so much to me and Shakira is incredible live. I saw her at the O2 Arena which is one of the coolest venues I have ever been to. There were restaurants and everything was so organized.

Tuesday was a pretty chill day we went to Harrod's (which is a super fancy department store in London) and went back to Nando's. The rest of the day was spent packing for Paris since I was still pretty tired from all of the dancing I did at the concert. 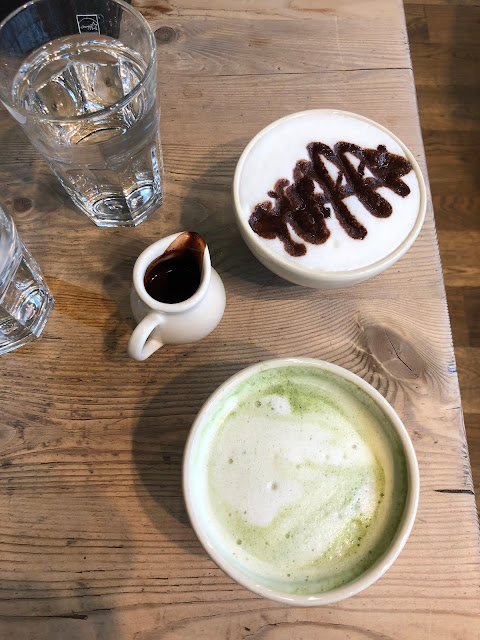 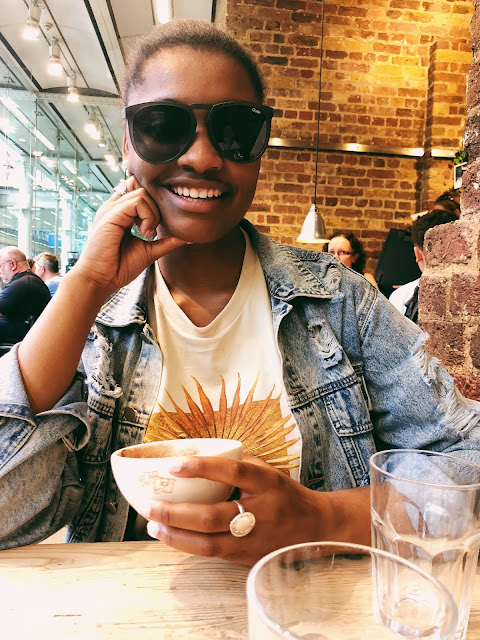 Wednesday morning we went to the Eurostar train station. This train station was incredible! I also got to try Le Pain Quotidien for the first time. our drinks and pain au chocolat we got on our train to Paris!

Be on the lookout for my Paris travel diary coming soon!

Posted by Kayla Tollerson at 9:42 AM